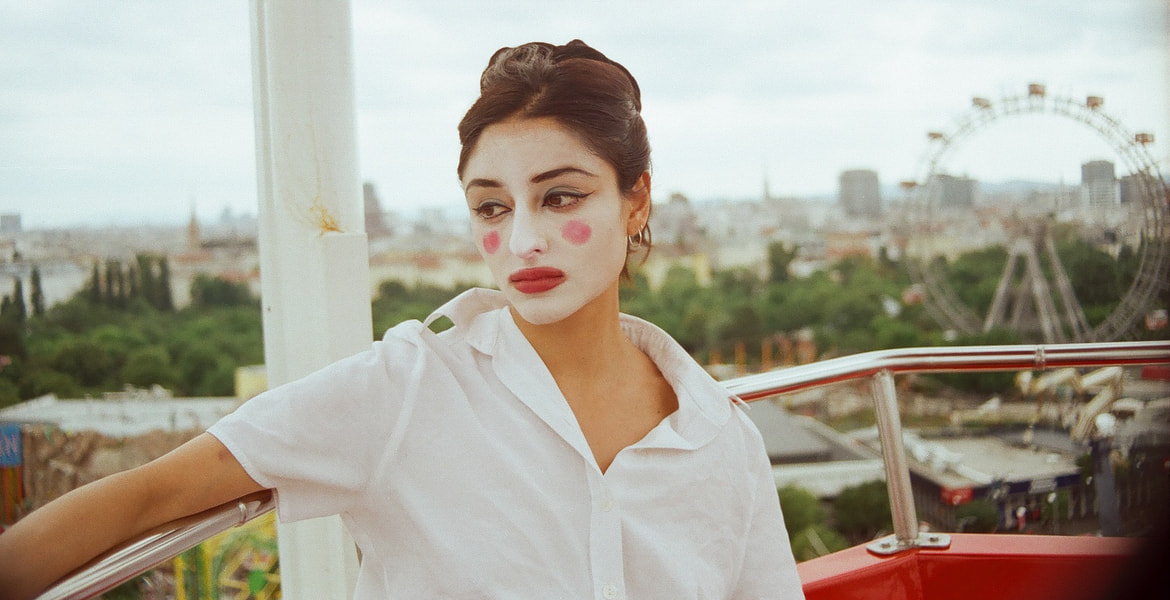 For her second album Harlequin, the multi-hyphenate artist and singer/songwriter Sofie Royer has produced both a pop album and a dramaturgical analysis of her own imagination.

Harlequin mines the Viennese—and former-Los Angeleno—musician’s passion for her native city’s opera and ballet traditions as well as the baroque lyricism of cabaret. If the roots of Sofie’s debut album Cult Survivor were inspired by pop eccentrics like Gary Wilson, Todd Rundgren and Serge Gainsbourg, then Harlequin goes back much further in history, sampling from the circus and the court jester. Blended with Sofie’s nostalgia for early aughts reality television and American mall punk subculture, the resulting songs present a montage of peculiar characters, vernacular settings and mysterious chronologies that are as theatrical as they are musical.

No stranger to classical tradition, Sofie was a student of violin at the Vienna Conservatoire before breaking away from the institution to live between New York, London and L.A., where she became known as a DJ and an original member of Boiler Room. During her time in L.A., she worked at Stones Throw and brought artists including Mndsgn and Stimulator Jones to the label, as well as releasing her compilation Sofie’s SOS Tape in 2016. Sofie only began writing songs for Cult Survivor after moving back to Vienna.

This time also gave her an opportunity to experiment with her own identity through the act of dress-up. “When I was alone a lot, I started painting my face like a clown, inspired by Pierrot,” she continues. “Then, when I FaceTimed my friends, they would laugh; and we’d have a really good time. So, I decided to take that to the stage. When I did my first live concert, I dressed myself and my band as clowns. It felt like a protective armor from my regular self. I didn’t feel as vulnerable onstage.”

Masking, Sofie claims, was almost a necessity for composing and sharing Harlequin’s collection of hyperpersonal songs. Hidden just beneath the album’s surface is Sofie’s interrogation of her journey between adolescence and adulthood, a central theme that has carried over from the songs of Cult Survivor. In this way, Harlequin can also be enjoyed as a set of miniature psychodramas of Sofie’s teenage fantasies. “I feel permanently stuck in the coming of age novel, like The Catcher in the Rye or Franny and Zooey,” she says, referencing the works of J.D. Salinger. The album not only weaves a rich tapestry of the city of her adolescence but also hints at her nostalgia for a place that may or may not have ever been real—what she calls the “snowglobing” of her teenage self.

Within these travelogues of her dreams, Sofie also slips in famous (and infamous) characters such as Habsburg suicide Prince Rudolf, Manson acolyte Bobby Beausoleil, chanteuse Jane Birkin, and pays homage to filmmakers Éric Rohmer, Andre Tarkovsky and Josef Daberning. “The record is like one universe that houses all of these figures,” she continues. “It’s like I’ve created a play but with existing characters.